Soo following our day at Monticello we decided we had a little time to kill the next morning. We wanted the kids to be able to get out some more of the bottled up energy. George found out that the Science Museum and Children’s Museums were right next to eat other. After doing a little research we figured out that the Children’s was better for younger kids while the Science Museum focused on older kids. It’s not something we like to do on a normal basis but we wanted everyone to have fun. I took the girls to the Science Museum while George took the boys to the Children’s Museum. (From here you are going to get 2 different perspectives about 2 different places. I’m gonna go first.)

So I wasn’t sure how much we were going to be able to enjoy things because right before the Science Museum of Virginia opened several school buses pulled into the parking lot. We only had about 2 hours to see and do everything. While I was paying for our tickets the lady asked if we would like to see a show in the dome. I thought sure even if it took up an hour of our time it would totally be worth it. I am a big fan of dome shows. My favorite part is the talk about stars and constellations.

So we had about an hour before our dome show started. The museum was a maze. Not the kind your like this is kewl I like getting lost in. It was hard to find an actual exhibit that you could walk into and experience. They had a lot of construction going on and the map was really hard to understand. The elevators were also a little scary. The exhibits were pretty well done. We walked through several exhibits about DNA, senses, and your body. They has have a few animal exhibits to check out which I thought the girls would like. After trying to take in as much as we could it was time for the dome show.

The dome show was Wildest Weather in the Solar System. The show was about the weather on different planets. It was interesting to explore the different planets and see what they look like with their extreme weather. The girls were a little afraid of the screen moving and we all felt a little queasy. But it really was a fun experience. I thought the dust devils on Mars seemed the most similar to our tornadoes on Earth. You are welcome to check out a sneak peek here. After the Wildest Weather of the Solar System we had a really neat experience traveling through space via the dome. We saw the constellations and learned a little about a few. The constellation I always seem to notice first is Orion.  I am also always amazed at how the Milky Way is just beautiful. It really does blow my mind.

After the show we had 10-15 minutes before we were suppose to meet the other half of the bunch at the car. We ran and found the 2nd kewlest part. Boost! Is area where the girls could try out different activities that promote wellness and self-improvement. The girls each got a little card with a code to scan to keep their score. There were activities like riding a bike, jumping, sorting out food for a healthy meal and many other fun games. The girls played for as long as they could before we had to head back to the car.  Overall I would say it’s a good museum. The girls and I had a good time. 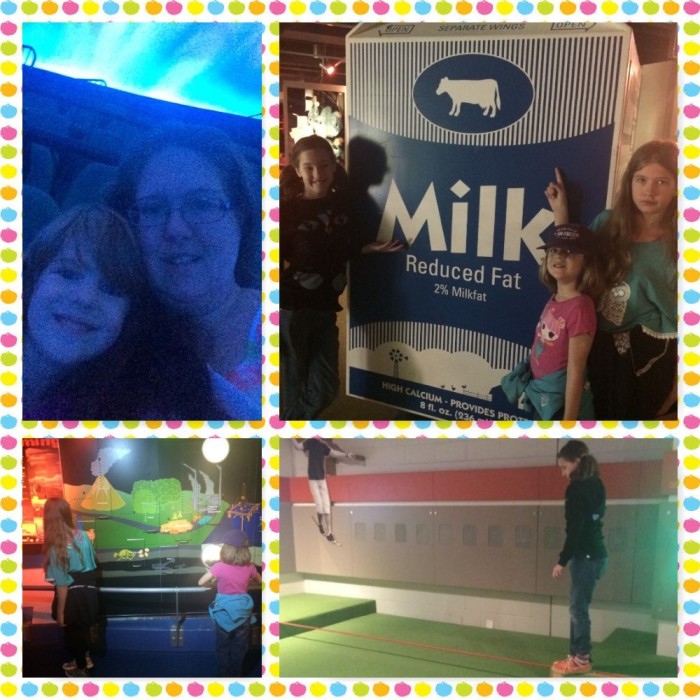 The girls are getting older, and the simple reality is they are outgrowing Children’s Museums. At this point when we go to playgrounds the preschoolers and elementary aged children are playing and having fun, the preteens are reading or sitting on the swings. Fortunately, for us Richmond has their Children’s and Science Museums right next to each other.

For a few hours we split up, Kim taking the girls, and I took the boys to the Children’s Museum. The Richmond Children’s Museum has a system of satellite, small children’s museum in neighboring towns and cities. As such I had expected the main museum to be large, like Baltimore’s, Wilmington’s, or Seminole’s, but instead I found a single level.

The boys played at the mechanic’s for a while, both pretending to drive the car, to fix it, and to add “enhancements”. Next, they played on the Ambulance, then the Doctors. I was helping Ben put an X-Ray on the wall when I noticed Joey was gone. I called for him and looked around but couldn’t find him. I grabbed George and Ben and frantically started looking for him. As we looked around for several minutes, Joey came up behind me saying “Hi Dad”. Little jerk.

They played in the café, the waterworks, and the other standard features one can expect. One unique thing they had was a mini-cave system. Part of it had a small tunnel that was dark. George was first to brave it, and came back around and talked his brothers into following him. After a few rounds of this they found out their voices were echoing and started yelling after emerging from the tunnel. The boys had a good time, but after a few hours even they had seen and done everything. I wish the Richmond Children’s Museum well and hopefully they expand it. 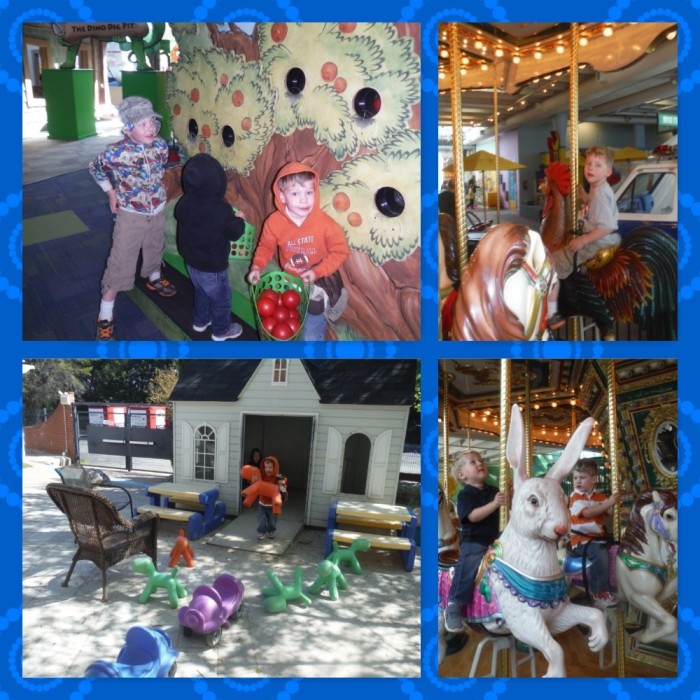 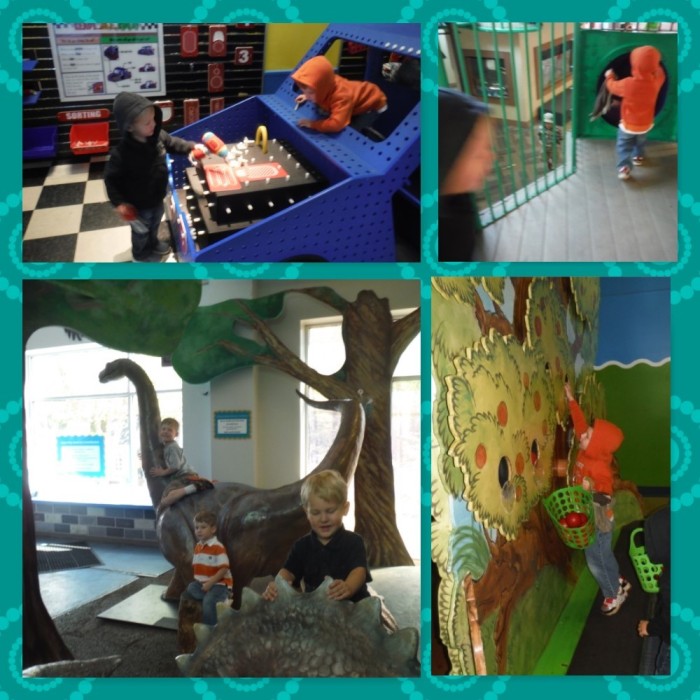